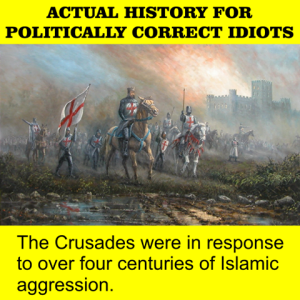 The piece below is a translation of an article by Afshin Ellian that appeared in the Dutch Elsevier online newsletter on 21 December. Afshin Ellian is an Iranian-Dutch professor of law, philosopher, poet, and critic of political Islam. He regularly blogs for elsevier.nl. Professor Ellian is forthright – to put it mildly – about the issue of open borders. This is a subject that is of vital concern to most Australian who believe our borders must be rigorously protected and are frustrated that the media commentary is mostly from those critical of the Abbott policy of protection. They see the policy still holding under Turnbull, but suspect the will is not there and the support is tenuous. Australians would be more confident about the security of their borders if there were more like Ellian in the media to tell of the ‘existential threat’ that open borders present. Ellian’s piece parallels the problems in Australia’s management of border protection and is in line with Abbott’s Thatcher speech. The translation is literal which results in a little clumsiness and stiffness that contrast with the well-written Dutch text.

EUROPE WITHOUT BORDERS THREATENS TO END IN DISINTEGRATION

The migrant crisis of 2015 will continue without let-up into 2016. It is becoming a serious matter. That’s why people are speaking of a crisis on a European scale.

Of course, the movement of peoples is an ongoing process.

The migration and asylum flow was also happening in the last century. It began with the problem of asylum-seekers. The right of asylum was often used by people who were not political refugees. Thus the right of asylum formed a basis for migration.

In the 20th century we see a new trend: the displaced people fleeing war are no longer primarily seeking safety, but prosperity and a better future.

END_OF_DOCUMENT_TOKEN_TO_BE_REPLACED

Fr Stenhouse MSC PhD is an expert on the Middle East and editor of the Annals Australasia  in which this series appears.

Paris attacks: fall of Rome should be a warning to the West

Here is how Edward Gibbon described the Goths’ sack of Rome in August 410AD: “ … In the hour of savage licence, when every ­passion was inflamed, and every restraint was removed … a cruel slaughter was made of the ­Romans; and … the streets of the city were filled with dead bodies … Whenever the Barbarians were provoked by opposition, they ­extended the promiscuous massacre to the feeble, the innocent, and the helpless …”

END_OF_DOCUMENT_TOKEN_TO_BE_REPLACED

SETTING THE STAGE FOR MUHAMMAD AND ISLAM

It is almost a dogma, even among some conservative commentators, that there is a radical disconnect between moderate Muslims and radical Muslims. A charming young Muslim with an Australian accent and dressed modestly in a nijab appears on television to tell us that radical Islam is not true Islam. Islam is as peace-loving as she is. Indeed, she radiates peace as well as charm. ISIS warriors, brandishing their swords and mockingly dangling severed heads in front of us assure us otherwise. Recep Tayyip Erdoğan, the current President of Turkey has angrily rejected the distinction between moderate Islam and radical Islam. There is only one Islam he has insisted. Indeed, but what is it? Dangerous fish swim in calm waters. The ordinary person in the West is inclined to think of Islam in terms of Western thought and traditions, rendering their knowledge of it seriously deficient. Paul Stenhouse MSC Ph.D, an acknowledged expert on Islam and the Middle East, has included the following article in a recent edition of Annals Australasia of which he is the editor. Fr Stenhouse has kindly permitted us to reproduce it here.
______________________________________________________________________

IN PRAISE OF STRAIGHT TALKING

YOUNG RELIGIOUS MUSLIMS from western democracies, impressed by the military hardware and the ruthless butchery and mayhem that the psychopathic, self-styled Caliph Abu Bakr al-Baghdadi, spreads in the name of Allah in Iraq and Syria, have joined his band of young, brainwashed jihadists calling themselves The Islamic State.

Ai-Baghdadi has gone through many name changes; his latest nom de guerre is the title adopted by the legitimate Caliphs or Successors of Muhammad, viz.: Amir al-Mu’minin[Commander of the Faithful]. And he now wants to be called Caliph Ibrahim.

Whatever his name and his claims, would-be followers need to be aware that in the middle of the eleventh century AD there were no fewer than four self-styledCaliphsin Spain, each claiming to be the Commander of the Faithful, each claiming to be Sovereign over all Muslims in Andalusia: Hisham II at Seville; Muhammad I al-Mahdi at Malaga; Muhammad ben al-Qasim at Algeciras; and Idris II ibn Yahya [known as al-‘Ali] the rightful Caliph of Malaga.(1)

Their internecine quarrels unleashed murderous tribal, clan and personal vendettas between Andalusians, Berbers, Arabs, Slavs and Black Muslims in Andalusia that resemble the internecine bloodbaths still engulfing Afghanistan, Iraq and Syria, and of the Arab Spring in Egypt and North Africa END_OF_DOCUMENT_TOKEN_TO_BE_REPLACED

A brief military history of the battle is here. 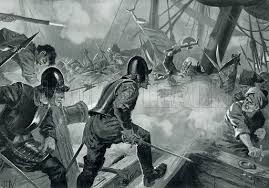 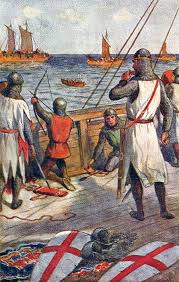